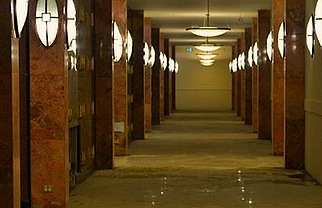 I’ve been asked on a number of occasions if caskets can really explode, or if this is just an urban legend.  Actually – and not so astonishingly when you think about it – it is true.

Be forewarned, a somewhat graphic description follows.  If you have a weak stomach, or don’t want to think about things like decomposition, I recommend you stop reading now.

So, here is what happens…

Our bodies are organic substances.  Organic substances are meant to break down through the process of decomposition.  Through a process called Autolysis, which is basically self-digestion (sorry for the visual there!), oxygen is depleted and the anaerobic organisms begin dismantling the body.  This basically turns the remains into a bunch of organic acids and….gases.  During a phase called “bloat phase” the accumulation of gases can cause the body to bloat as the tissues get soft and liquefy.

Now, let’s stop and think about what we’ve done in recent history.  Just as we try to preserve our youthful appearance when alive, even taking drastic measures such as potentially risky surgery, we also try to stop time in her tracks when it comes to our dead, through things such as embalming, metal caskets with rubber seals, and above-ground mausoleums.

Ok boys and girls, now we will put one and one together here:  If you have a body that is decomposing, through a buildup of organic acids and gases, that soft goo needs space.  It needs, ultimately, oxygen, which will allow some of it to dry out or dehydrate.   Yet – because we’ve gone ahead and taken all of these protective measures, the remains are, in fact, oxygen deprived.  This can lead to a build-up of gases.  As you can understand, if gases build up in a close, sealed environment, eventually…she’s gonna blow!

We often see this as a cracked or loose panel on a mausoleum….typically accompanied by some quite unpleasant seepage, not to mention a rather putrid smell.

Of course, this is unacceptable.  Casket makers have responded in an effort to address this issue…by adding a “burper valve” to some caskets, to help alleviate pressure.  If there is no burper valve, you may see the casket left cracked open.  Now, of course if you just paid a small fortune to purchase a ”protective casket,” you may feel this kind of defeats the purpose.   You feel that way because….it is correct.

So, yet another reason to stop and think when either pre-planning or making arrangements for burial of a loved one.  Don’t be swayed by the idea of protection on its own merit – learn all the facts.  I’m sure the last thing anyone seeking a ”protective casket” would have wanted would be an exploding one.

As always, folks, caveat emptor.   And remember….knowledge is power. This is why it is so important that we talk about death, rather than ignoring the inevitable.

That’s it for today.  I’m signing off for now, but as always:   Put more Carpe in Your Diem!  Live wonderful, and cherish every second you have!