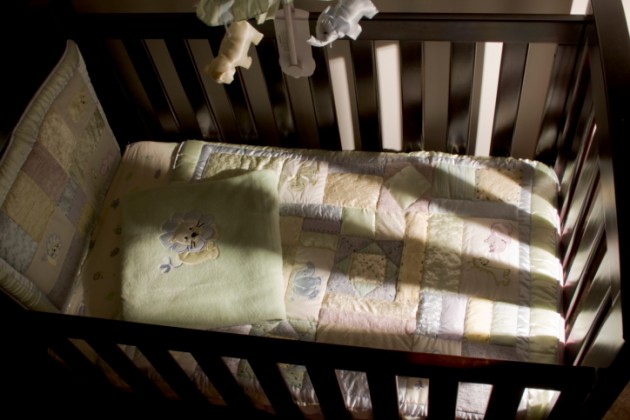 Caleb Wilde, shared the following post on his “Confessions of a Funeral Director” blog.  It is an anonymous post originally shared on Michelle Van Loon’s blog, “Pilgrim’s Road Trip,” and with his permission I am sharing it here.   This post is tremendously important, and should not be missed.   Having worked in both the Death and Birth industries, I have encountered this scenario far too many times, and well, this post nailed it!  Directly from Caleb’s site:

The author of the post, who wishes to remain anonymous, wrote the following message to me via facebook:

Last June we accepted a foster placement of twin girls who were four months old. We’ve been foster parents for almost 7 years, but nothing prepared us for the sudden death of one of the twins, Ellie, at almost seven months. She went to bed a happy and healthy baby and when I reached into her crib in the morning I pulled out a corpse instead.

I am traumatized. I am an emergency nurse and not unfamiliar with death. I did CPR on Ellie out of reflex but with the full knowledge that she was gone and I couldn’t fix it. I can still taste the breath that I pushed out of her lungs. I’m never going to be the same…and I know it.

I am also a Christian. I think. In fact my husband is a church leader, making me the wife of a spiritual leader.

She then gave me the link to her post at “Pilgrim’s Road Trip.” I asked if I could also post it on my blog and she gave me permission. This post is immensely challenging, and will beg you to vicariously see the grief of a bereaved mother. This isn’t an easy read, but it’s one that will help you understand the grief of a parent who has lost a child. It’s written from the perspective of Holy Saturday … where doubt and silence are the only forms of faith.

Please stop attempting to spiritualize the death of my child.  Assigning some thoughtless Christian platitude only serves to deepen my anger and further question my beliefs.  If you don’t know what to say, a simple, “I’m sorry, I don’t know what to say,” would be far better than these actual attempts at comfort that I’ve received:

1. “God has a plan.”
Really?  You serve a God with a plan that involves killing babies? Or at least standing by and allowing the baby to die when you believe that he could have intervened? Because the baby killers I’ve seen get life in prison. And even the convicts know which guy to attack.

2. “Some good will come of this.  You’ll see.”
You think that at some point I’m going to see some direct blessing in my life or someone else’s that will make me think, “Aha!  Here’s the good that came from my child’s death!  I am now so glad that she died so that this could happen!”  No! An Almighty God could surely think of some other really creative way to bring about good.  Or else I don’t want that “blessing.”  I will always wonder why it had to be this way, no matter what good things may come later in my life.

Click here to read the rest of this article on Caleb’s site.